You have 30 minutes to write a 200-word editorial. The longer the wordage and time used, the lower the score you will get.

The editorial is a statement of your position concerning an issue that reflects the vision and mission of your paper. The issue must be current. The editorial must have facts and an explanation of the facts.

It must have an argument, either for or against the issue. It must have criticism and offer options for a solution to the problem. This alone will get you 70 points out of 100. That’s the passing grade.

You can earn more points if the editorial has the elements of reporting: background data, the issue’s local impact, an interview with a competent source and a projection of where the issue is heading. This was the instruction given to six chief editors of daily papers in the Jawa Pos group, which has 165 newspapers throughout Indonesia.

The six were among 42 chief editors and 15 other senior editors of the country’s biggest newspaper chain who gathered at the Ibis Mangga Dua Hotel in Jakarta Jan. 30-31 for a journalism competence test.

The Jawa Pos National Network asked the Dr. Soetomo Press Institute (LPDS) to administer the exams. The Jakarta-based journalism school arranged 10 examiners to test four to seven editors each. The editors had to score a minimum 70 points for each of eight competence units to pass. A score of less than 70 in one unit alone means the participant has failed the entire test. The eight test units fell under three categories: knowledge, skills and journalistic ethics awareness.

For the editorial writing unit, the six editors in one group decided in their editorial meeting three issues for front-page play: 1. The graft trial of Muhammad Nazaruddin, former treasurer of President Susilo Bambang Yudhoyono’s Democratic Party, the trial’s impact on the party and the fate of chairman Anas Urbaningrum. 2. The traveler’s check scandal to buy lawmakers’ votes in the election of Miranda Goeltom as senior deputy governor of Bank Indonesia, the central bank, in 2004. The Corruption Eradication Commission, KPK, has named Miranda a suspect on Jan 26. 3. The 29-year-old woman who, under the influence of drugs, plowed her car into pedestrians and killed nine in Central Jakarta on Jan 22.

The six editors finished their editorial within the time quota. Four put in interviews. Three got a score of 75.

In a separate networking test, the editors were required to phone a news source who can speak about one of the above three topics. The source must be a person with whom they have never had any contact before. All the six editors succeeded in interviewing a brand-new source within 15 minutes on their cell phones.

The cell phone loudspeaker was activated so that the examiner could listen to the conversation. Five editors were awarded 85 points and one got 80.

Abdus Syukur, chief editor of the Lombok Pos daily, chose the Miranda case. He interviewed a researcher at the Indonesia Corruption Watch to ask whether the anticorruption watchdog group can identify the provider of the Rp 24 billion in bribes.

Meanwhile Heronika, chief editor of the Kalteng Pos, talked with the legal affairs director at the National Narcotics Agency, BNN, about the Narcotics Law and what the car crash driver could be charged with. All six passed the whole test.

“This journalism competence test is a mirror for us to see what we are,” says Don Kardono, chief editor of the Jakarta-based Indo Pos who also took the test.

In passing the competence test, the journalists will have their name in the independent Press Council database. News sources can go to that database online to learn a journalist’s competence status.

On Feb. 9 National Press Day will be observed in Jambi, city capital of Jambi province. Its main theme is “Press Freedom From and For the People”. One sub-theme to be featured in a panel discussion is “Why is there a need for journalism competence testing?”

One answer to this question comes from Bagir Manan, current chair (2010-2013) of the Press Council. “A prime measure for a profession is competence. A profession without competence is an empty shell. Journalism is a profession. Competence is a requirement for good and true journalists.” The former chief justice of the Supreme Court (2001-2008) made this statement at several journalism ethics workshops.

The Press Council published a 99-page book A Standard on Journalism Competence in February 2010, composed by an 11-member drafting team with input from 90 media practitioners. This book has been used as the reference base for journalism competence testing.

The LPDS is one of five journalism institutions the Press Council has accredited to conduct such tests. The four other organizations are the Indonesian Journalists Association (PWI), Antara News Agency, public service broadcasting corporation RRI, and the Alliance of Independent Journalists (AJI).

“Standards in journalistic competence safeguard the integrity of journalists,” says Yusuf Said of the Fajar daily in Makassar, a previous test participant.

Journalism competence testing still has a long way to go to ensure the integrity of journalists. The Press Council continues to receive public complaints on inaccurate and biased news stories. Another major concern is bogus journalists’ use of press freedom for extortion.

Journalism competence testing is one way to identify good and true journalists from the people who misuse press freedom for personal gains. 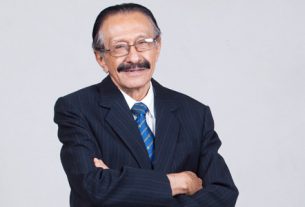