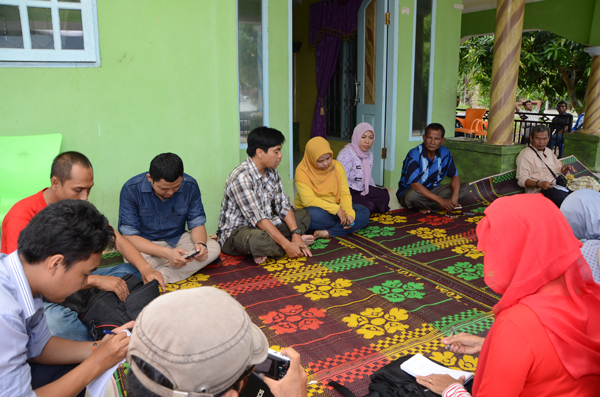 Jakarta (ClimateReporter) – Pineapples are the short term solution. Forest plants like jelutung and pelawan are the long term way out.

Wildfires raged through five regencies and one town in Riau province February – March 2014. As many as 1,234 hotspots were detected in early March. Some 21,900 hectares of dried out peatland were burnt.

Losses were estimated at Rp 15 trillion. Some Rp 150 billion was spent to put out the fires under the direction of the President of Indonesia himself at Rusmin Nurjadin Air Force Base in Pekanbaru, the provincial capital.

Nine reporters from diverse media in Sumatra and Kalimantan and two Riau University lecturers as guest participants took a field trip to Tanjungleban Village in Bengkalis Regency to cover the fires’ aftermath, their impact, and the solutions taken.

Before the fires in Bengkalis extensive peatland had been converted into oil palm and acacia plantations. Oil palm is processed into cooking oil and ingredients in cosmetics. Acacia stands are made into pulp and paper.

What lit the fires is believed to be the slash and burning of peat growth to clear land for oil palm planting. However the burning got out of hand because the soil was arid and strong winds blew in unpredictable directions.

The burning of dry peat created massive smoke and carbon emissions that became a health hazard and escalated the risk of global warming.

LPDS organized a covering climate change workshop with a field trip in Riau May 30 to June 4 in cooperation with the Norwegian embassy. On May 30, day one of the workshop in Pekanbaru, the 11 participants got a talk on the fire disaster and its correlation to climate change from Dr. Haris Gunawan, director of Riau University’s Disaster Studies Center and concurrently director of the university’s Center for Tropical Peat Studies.

Haris also explained the role of the   STBA task force. STBA , Solusi Tuntas Bencana Asap (All-out Solutions on Haze Disaster) was established by the university March 3 to seek and apply options from an academic perspective to prevent wildfires from recurring. The taskforce head is University Rector  Ashaluddin Jalil  and Haris is the  secretary.

In the same morning session,  Arifudin, SP, MP, head of the  university’s Agro-Business Studies Program, detailed the impact the fires had on the social-economic livelihood of the residents of Bukitlengkung Hamlet in Tanjungleban Village. Bukitlengkung Hamlet suffered significant damage in cropland and dwellings.

On days two and three, the workshop participants took up their field trip in Tanjungleban Village in Bukit Batu subdistrict (kecamatan). They departed by car for a four-hour drive northward from Pekanbaru.

The participants split into two groups. Group A, led by Arifudin, observed Bukitlengkung Hamlet and met its residents. Group B drove to Bakti Hamlet to observe an experimental plot where Riau University is facilitating the planting of seven species of environment-friendly forest plants that are commercially viable to replace oil palm.

At Bukitlengkung, Hamlet Chief Aswanto said residents who lost their oil palm crops to the wildfires want to continue to cultivate oil palm although they know it is vulnerable to fire.

Rain catchments are being set up to fight fires. In a separate meeting, Village Head H. Atim said he is promoting pineapple planting. Pineapples are easy to grow and can be harvested in one year.

The fruit is marketable and can resist fires because of its thick leaves, the village chief said. Atim has 12,000 pineapple seedlings in a 50 x 50 meter plot behind his house.

Pak Nur confessed he has allowed his land to be used as an experimental plot because the oil palm he grows on it repeatedly got burnt. Riau has experienced yearly fires since 1997 to 1998.

The land, like the most part of Riau’s eastern area, was originally moist peatland that was drained for oil palm cultivation.

Now the land is being rehydrated  by blocking the water flow in two canals on either side of the plot. As the three-meter wide canals are blocked by stacks of sandbags, the water level of the canal rises and is absorbed by the canal banks. This water feeds into the ground and  sustains the plants grown on the plot.

Pak Nur admits harvesting takes 10 years after planting. But the main aim is to preserve  forest plants of these species for the younger generation to realize they have this natural asset.

Further, Haris has the vision to set this experimental plot as an example to all parts of Tanjungleban Village, Riau, if not the country, that these forest species can regreen drained out peatland and reduce carbon emissions.

After the two-day field trip, the participants returned to Pekanbaru. They were assigned to write on their findings into a 600-word-plus interpretative feature and a 400-word-plus profile feature.

For two days, each participant in turn presented their interpretative feature. Peer participants would comment, particularly on the effective writing of the lead or the lack of it.

Three mentors would then give their input: Warief Djajanto Basorie and  Maskun Iskandar, both LPDS instructors, and Muhammad  Hapiz, editor of the  Liputan Khusus (Special Report) section of the daily  Riau Pos.

Hapiz had coverd the field previously at the height of the wildfires. Hapiz’s long report on the fire disaster in Bukitlengkung was played March 2, 2014: Mimpi hasil kebun yang nyatanya api (Dreaming for a harvest but the reality was fire). 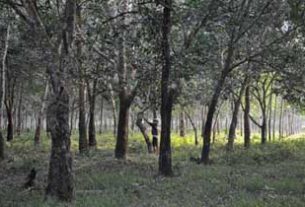 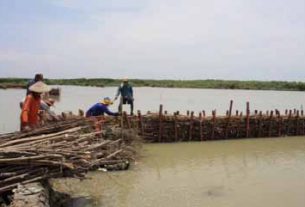 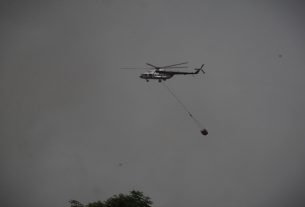