The FCCT has long sought to promote the work of Asia’s leading photojournalists. In its first year, 2007, the contest attracted hundreds of images from across Southeast Asia, including Thailand, Vietnam and Indonesia. In 2008, the FCCT expanded the contest to include the rest of the Asia-Pacific region, bringing photos from as far away as Nepal and Afghanistan. Winning photos were chosen by an expert panel of judges and displayed at the FCCT’s gallery in December 2008 and January 2009.

This year, the FCCT is pleased to announce a new partnership with OnAsia, Asia’s leading stock photography and assignment agency, with more than 180,000 images available online. OnAsia is providing marketing and technical support in organizing the competition. The contest has also added new sponsors, including TQPR, one of Thailand’s top public relations firms, and Peninsula Hotels, on top of its usual slate of sponsors including Star Alliance, Anantara Hotels and the Mandarin Oriental. For the first time, the 2009 contest will include a special photography category sponsored by the International Organization for Migration (IOM) aimed at raising awareness about issues relating to refugees and migration in the Asia-Pacific region.

The FCCT calls on all photographers and media organizations in the Asia-Pacific region to participate in and promote what is rapidly becoming one of the region’s most important photography contests.

Who’s Eligible? Any photographer in the Asia-Pacific region. Photographers do NOT need to be members of the FCCT.

What Kind of Photos? All photos must be taken in the Asia-Pacific region. Judges will accept submissions in four categories:

What Can You Win?
Photographer of the Year: $2,000 cash prize
First-place winners in each category: $250 cash and 1 round-trip ticket for economy-class air travel in Asia, courtesy of Star Alliance, the global network whose members include Thai Airways and other carriers.

Second- and third-place winners in each category: Hotel and travel-related vouchers courtesy of Anantara, the Mandarin Oriental – Bangkok, and Peninsula Hotels – Bangkok, and/or other prizes.

Cash prizes are sponsored in part by TQPR.

In addition, all winners will be recognized in a special edition of FCCT’s quarterly magazine, Dateline, published to profile their work. Winning photos will also be displayed in a two-month-long special exhibition at the FCCT gallery in Bangkok, including a Friday-night reception attended by local photographers and media.

Whats the Deadline? Photos must be submitted to FCCT and received by Oct. 9, 2009. Winners will be announced in late 2009.

Contest Rules
Photos must be submitted on compact disc or DVD. All photos must be digital images saved in JPEG format and be 3 MB or greater in size. Submissions can be published or unpublished work taken within one year of the contest submission deadline. Photos taken earlier are eligible ONLY if they are part of a photo essay in which a significant portion of the work occurred within a year of the contest deadline.

Photographers must provide their name, a brief biography, full contact information (including phone and email address) and short photo captions (including location, subject matter and date of photograph) for all photos.

Images must be free of manipulation other than ordinary changes that might be made using conventional darkroom techniques, such as spotting dust and scratches, changing colour balance, contrast and other levels. Composite images and photos with special effects, borders, added backgrounds, and/or embedded names (such as photographer names or agency names) are not permitted.

Submissions that do not meet any or all of these requirements will not be considered.

Photographers retain copyright to any images they submit to the contest.

By submitting images, photographers agree that the FCCT and its contest sponsors will have the right to reproduce any winning images – with attribution to the photographer – for use in marketing efforts related to the contest, including future contests and on the FCCT website. The FCCT also has the right to distribute winning images to the media to promote the contest. Submissions cannot be used by the FCCT or its sponsors for any commercial purposes or other uses unrelated to the contest.

Photographers agree that prints of the winning images may be produced by FCCT and may be exhibited by the FCCT and its sponsors provided that such use is related to the contest.

Submissions will not be returned and FCCT has the right to destroy all entries.

Photo submissions should be sent to the FCCT at The Foreign Correspondents’ Club of Thailand Penthouse, Maneeya Center 518/5 Ploenchit Road, Pathumwan Bangkok 10330 Thailand

Images of winners from last year’s contest for publication with this announcement are available upon request and can be obtained by contacting FCCT board member Patrick Barta at patrick.barta@wsj.com or 081-309-9109.(*) 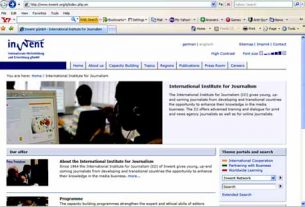