The fall of the New Order in May 1998 led to an unprecedented number of new press publications — from fewer than 300 to about 1,300 in 2001. The thousands of radio stations today (formerly only 800) reach about 85 percent of the archipelago.

Hundreds of privately owned, community and public television stations (formerly only six) reach about 70 percent of the country.

But threats against the media and freedom of the press have still emerged from local governments using the 60-year-old Emergency Law. Among other occasions, the law was put into effect in Maluku and North Maluku during conflicts between Muslim and Christian communities. Under the law, the government could take any emergency measures including the banning of both print and broadcast media.

In separate meetings with the Press Council, when I was its chairman, the governors of both Maluku and North Maluku, Saleh Latuconsina and Brig. Gen. (ret.) AM Effendie, respectively, complained that “provocative” news reports could prolong the conflicts or provoke fresh ones in those regions.

Governor Effendie had even issued a decree that he could use to ban two Jakarta-based national private television stations and three local dailies in the province. The “provocative” journalistic work mostly involved inaccurate and unbalanced reporting.

However, more honest reporting and frank expression of views by and through the media have made important contributions to the peaceful resolution of critical issues.

For instance, free coverage of Aceh contributed to the peace talks in Helsinki, resulting in the August 2005 agreement to end 30 years of armed conflict between the government and the Free Aceh Movement (GAM).

Such coverage, including interviews with GAM leaders, would have been virtually impossible under former president Soeharto.

In the case of minorities, hundreds of Ahmadiyah followers have become refugees, having been driven out of their homes in West Nusa Tenggara. In Banten, people attacked the Ahmadiyah community in early 2011 and killed three people.

But the situation could have been even worse without open discussion in the media of demands to outlaw the Ahmadiyah for heresy against Islam. Such incidents could be minimized even further if we could better develop media literacy down to the village level.

In 2001, for instance, a dialogue on the issue helped end a conflict blamed on media reports. Press Council members had met with leaders of the largest Muslim organization, the Nahdlatul Ulama (NU) whose members or supporters had protested violently at media offices against “defamatory” reports on their leaders.

The council appealed to the NGO leaders to use the universally accepted mechanisms of the right to reply or going to court instead of resorting to violence.

Then NU chairman Hasyim Muzadi eventually issued a circular to all NU branches calling for non-violence in dealing with “unpleasant” or “defamatory” media reports. To this date, there have been no more demonstrations or violent acts or pressure exerted by NU members or supporters against media workers.

Despite such public pressure Indonesia, has experienced the longest period of press freedom since Soeharto’s rule. Fifteen years without political pressure from the central government, including 10 years under president Yudhoyono, is the longest period not only since our independence but since the printing of the first weekly in August 1744 — 270 years ago.

Yudhoyono disagreed with the imprisonment of journalists. He supported the use of the Press Law to settle media cases, saying that “the press is the main contributor to the growth of an established democracy”.

However, the repressive Criminal Code can still jail journalists for up to seven years. While the Press Law is liberal, the code criminalizes expressions of disrespect toward public officials, and a new draft Criminal Code contains many more restrictive articles.

“Provocative” news reports could prolong the conflicts or provoke fresh ones

Pressure can also come from business people and others who prefer to sue the press for allegedly damaging reports.

Both the criminal law and civil law could bankrupt any media company if it was forced to pay huge fines or damages.

Following a violent protest at Jawa Pos headquarters some years ago, Kavi Chongkittavorn, former chairman of the Southeast Asian Press Alliance (SEAPA) in Bangkok, said we need “better laws and regulations, better lawyers, learning from each other”.

We need all of them. But it is more important to continue public campaigns highlighting the real meaning of freedom of the press and expression and to train students in practical journalism right from youth.

At SEAPA’s inception in November 1998, Surin Pitsuwan, Thailand’s then foreign minister, said newspapers were owned by individuals and corporations — but press freedom belonged to the people.

Therefore, he added, “it is the duty of each member of society not only to safeguard the freedom of the press but also to ensure the safety of its practitioners.”

However some people do not fully understand that freedom of expression is the umbrella of press freedom, which enables society to amplify people’s voices.

The survival of freedom of the press — and that of expression — will depend on the level of understanding of democracy in society at large and among those in power.

Thus, apart from laws and regulations that guarantee press freedom we also need long-term campaigns to convince the public that a free press is in the public interest.

Press freedom should be safe under President Joko “Jokowi” Widodo, a media darling during the elections — but press freedom will still not be safe from the law.

Former chief of the Supreme Court Bagir Manan, now chairman of the Press Council, suggested to a conference of judges in 2005 that media workers should only be fined, not imprisoned, if found guilty in lawsuits against the press and no verdict should drive a media company into bankruptcy.

The objective, he said, was to educate, not to punish the press, let alone to virtually kill press freedom.

His successor, Harifin A. Tumpa, also sent a Supreme Court circular to all courts in December 2008, advising them to invite expert witnesses from the Press Council when a press case comes to trial.

As the scholar Rizal Sukma earlier wrote in this newspaper, without press freedom our democracy would have suffered “an early death”.

_________________
The writer lectures at the Soetomo Press Institute (LPDS) training center in Jakarta. The subject of this article was discussed in a seminar on press freedom in Indonesia at the Leiden Law School, Leiden University, the Netherlands, in December 2014. 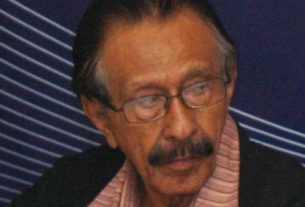