www.timor-leste.gov.tl – Between September 28 and 30, a seminar was held in Coupon, Indonesia, on the “Code of Ethics for Journalists” and where the organization was the responsibility of the Dr. Soetomo Press Institute, from Jakarta, and the Norwegian Embassy in Indonesia. Attending the seminar in representation of Timor-Leste were the Media Adviser from the Information Bureau of the Office of the Prime Minister, António Ramos da Silva, and the Head of the Social Communication Department of the National Directorate for Dissemination of Information of the Secretariat of State of the Council of Ministers, Orlando da Conceição.

This seminar addressed issues as important as control of the Press Council in implementing the Code of Ethics for Journalists, ethics in news coverage, pressure on journalists and freedom of the press in regards to bribes, the use of press language that violates the Code of Ethics for Journalists, the right to a response and corrections for the public and journalists’ right to rejection and resolution of disputes within the society and press regarding the legality of the news.

“There is press freedom in Timor-Leste thanks to the commitment demonstrated by the leaders of the country, including the Head of State, José Ramos-Horta and the Prime Minister Xanana Gusmão, in defense of freedom of the press. Several factors have contributed for its existence, since the struggle for independence – where the press had an important role in disseminating information to the four corners of the world, alerting to the issues faced by Timor-Leste at the time – as well as the country’s own leaders, who were journalists, and the process of training of journalists in Timor”, said António Ramos da Silva.

Former Chairman of the Indonesian Press Council, Atmakusumah Astraatmadja acknowledged that press freedom is much more advanced in Timor-Leste than in Indonesia since at that time, the UNTAET mission, decided to apply the Indonesia Code for Criminal Procedure, but later, with Executive Order 2 / 2000, eliminated article 310-321 on defamation and slander, no longer penalized as criminal acts but to become subject only to civil liability. “We have combined efforts in order to achieve change in these articles which restrict press freedom in our country,” reinforced Atmakusumah. 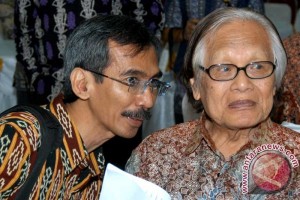